From Confrontation.wiki
(Redirected from Cynwall Elves)
Jump to navigation Jump to search 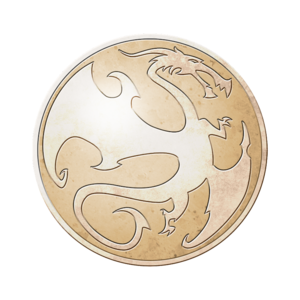 The history of the Cynwall elves begins during the Serrelis, the fratricidal war that opposed Elhan and Silmae for the conquest of the thrones of Quithayran. In effect, these twin brothers were born of the union of an elf and a faye, both coming from the royal family and families very close to the still uunique throne of this people.

But though Elhan and Silmae were twins by their blood, they weren't so by the gifts the had received, and their differences grew during their whole childhood.

When the time came to enthrone a new king, Elhan was so close to the mortals that the elves of Aarklash could only envision this wise and tolerant prince leading them. The faye preferred the fiery Silmae without a shadow of a doubt. Their respective partisans'' scheme quickly degenerated into an armed conflict.

No one heeded the princes' wish for conciliation. After having secretly met with his brother, Elhan stepped down and condemned himself to Cynwe - exiled. His most faithful servants followed him when he left Quithayran to go and settle in the forest of Allivie, the domain of the dragons of Lanever.

The elves of Elhan slowly prospered, hidden from other peoples' eyes by their solitary mores ad their introspection. Centuries went by....

The Cynwalls awaked during the battle of Kaiber, Aarklash then discovered that the exiled elves had harnessed power of unimaginable artefacts and had made pacts with dragons of the peaks.

The Age of Darkness forced the Cynwalls to end their tradition of neutrality and to intervene to save Aarklash. Every one of the appearances on a battlefield brings the warriors of Light valour and courage.

Yet the Dragons seem troubled by a shameful fate. little by little the Cynwalls distance themselves form the wold that they have sworn to protect for reasons only known to them. Their gaze darkens without their unfailing allies the Lions and the Griffins being able to comfort them at all