Kelts of the Sessair Clan 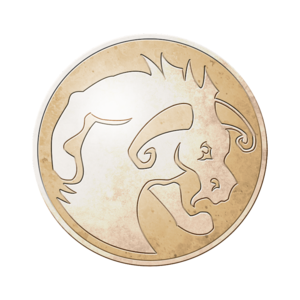 Kelts of the Sessair Clan

The plains of Avagddu are the domain of the proud warriors of the Sessairs clan, the ancestors of all the human peoples of Aarklash. Having come from the sea in immemorial times, the Sessairs worship a pantheon made up of primitive divinities and immortal eherso: Danu, the goddess of natures; Cernunnos, the horned god, and the Matrae devoted to life, war, and death. War is an integral part of Kelt culture, especially that of the Sessairs: they must fight to survice and push back the repeated assaults of their bordering nations. There isn't a single people that the seething Sessairs haven't confronted at least once, and Avagddu has never known lasting peace. The Sessairs are a free and savage people in perpetual motion. Nothing can take their pride or their incredible temerity from them.

It is commonly acknowledged that the people of the Kel make up the first human group to have walked the content of Aarklash. With the passing of time these conquerors divided into several clans that dispersed to settle in this new land. It is, however, a culture of tradition exclusively handed down by word of mouth, which is why this peoples' history is lost in the paradoxes and contradictions of a complex mythology.

The origins of the people of Kel remain for the least unclear. Myths involve a faraway land that these were forced to abandoned to demons that came from the ocean. The men of Kel didn't bring their own religion with them. They had renounced their old divinities that they held responsible for their exile. When they landed on Aarklash, those who claimed to be the children of the goddess Danu and who called themselves ogmanans welcomed the man of Kel. Their sttaures so impressed the newcomers tht they named them Giants.

The ogmanans were friendly and only asked for one thing the men of Kel could settle here under the one condition that they pledges allegiance to Danu. Yet the Kelts refused to submit themselves to a divinity's whims.

The great battles followed. So the men of Kel decided to resort to cunning to strike their enemies straight at the heart. Eladh, son of Avadg, king of the Kel tribe, was charged to seduce Danu and then to kill her. But he was caught in his trap and the young man fell in love with the goddess who turned him into a demigod. Of their union thee girls were born, all three of them at once goddesses and daughters of Kel. This event brought confidence and peace to the hearts of the Kelts and the children of the goddess, who were then able to live in peace together.

This episode marvellously illustrates a fundamental trait of Kelt culture: before submitting to any sovereignty, the Kelt warrior must fight it. He thus proves his valour and then shows his wisdom by putting himself into the hands of a higher authority for the common good.

Overview of Kelts of the Sessair Clan.

Flaring of the Soul