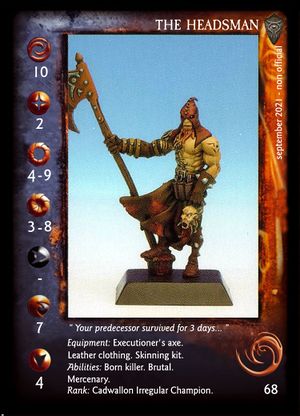 "Your predecessor survived for 3 days..."

Originally named Le Bourreau was never translated to English. It was translated to The Headsman so as to not be confused with the Griffin Living Legend The Executioner.

The Headsman blister was a French gamestore, Star Player, exclusive limited edition release; September 2001. It had no other cards.