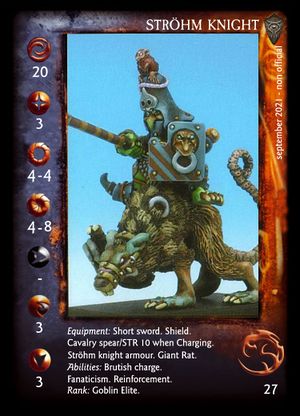 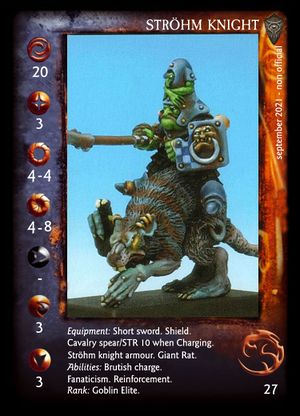 All Ströhm Knights, originally called Ströhm on Rat, were not translated to English. TSE has made an English translation card for them.